Measurement of complete surfaces
through lateral and rotational stitching

Evaluation according to
DIN/EN/ISO standards

Quick and reliable
measurement results
with the confocal system
CONSIGNO

The confocal microscope CONSIGNO is a 3D-surface measurement system, equipped with a spinning microlens disk.

The approved measurement principle in combination with an innovative and solid mechanical construction ensures highest precision and reliability for all measurement challenges.

The sensor unit is characterized by a small frame size with a length of 25 cm and a wight of less than 2 kg. Through a newly developed, completely integrated scanning unit, a large scanning area with several millimeters is accomplished.

This ensures a broad range of applications from all different kinds of measurement challenges.

The confocal principle is suitable for reliable measurements on steeply inclined surfaces. Thus the precise measurement of the flange angles and the thread pitch of screws is possible 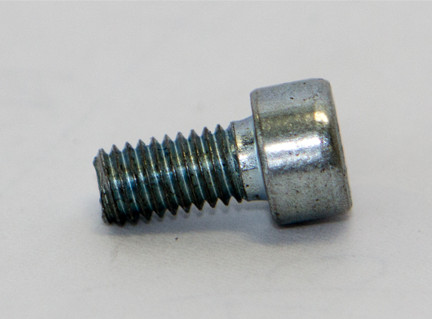 Due to the large scan range of several millimeters of the measurement system CONSIGNO it is possbile to measure not only the cutting insert radius but also a reliable determination of the cutting angle and the relief angle is feasible. 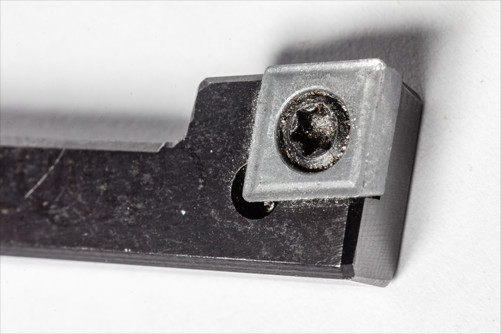 Please enter your contact details, so we can send you the data sheet.
Fields marked with a * have to be filled in to process your request.

To solve your measurement objective appropriately, an individualized offer is the best way to do it.

In close cooperation with you, twip optical solutions develops the requirements and specifications for your optimal measurement system.

We develop a customized concept for you. The application is also made to achieve an innovative and individualized solution, which completely meets your requirements. 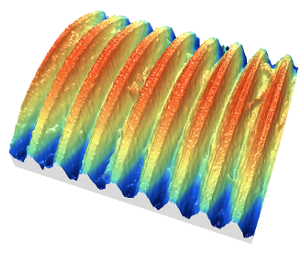 itom is an open source measurement and automation software especially designed for optical metrology systems. Its main features are:

A core application that is written in c++ using the Qt UI framework. It supports decent 32 and 64 bit versions of windows (7, 8.x and 10), linux and OS X operation systems.

Fully integrated Pyhton interpreter with IDE for comfortable and quick script debugging. Behind the scenes other famous software libraries are integrated, such as OpenCV and PointCloud Library.

For an easy hardware integration and uncomplicate user extensions a plugin system is used, that facilitates itom programming even for less experienced programmers.

As we are deeply involved in the development of itom - and are using it ourselves, we are offering several services related to it. These are:

extension of the base program,
programming of plugins,
algorithm development
and itom training courses.

The confocal principle is based on a mechanical height scan with steps within the submicrometer range. During the mechanical scanning process, a stack of pictures is taken within a couple of seconds. The confocal microscope uses a spinning microlens disc for the areal scan. This innovative approach ensures a bright illumination, consequently reliable measurements can even be taken from strong absorbing or low reflecting objects.

With a confocal measurement system a fully focussed image representing the object relfectivity and structure is composed from the sharply imaged postions of the image stack acquired during a depth scan. This image is in contrast to conventional microscopic images completly focussed.

Microscopic instruments usually have a limited field size when using off-the-shelf optics. Commonly lenses of one series have the same field number. The field number describes the maximal size of the intermediate image when using a 1x tube lens and it marks the area for which imaging errors are corrected. Common field numbers range between 25 mm and 30 mm. The actual field size of an image and accordingly the magnification are calculated from the nominal magnification of the front lens in combination with the focal length of the tube lens and the size of the image sensor.

FWHM (Full Width at Half Maximum)

The Full Width at Half Maximum value describes the 'width' of the confocal signal. It is influenced by the effective numerical aperture of the optical system, the wave length of the light and the quality of the optical system. With a decreasing numerical aperture the Full Width at Half Maximum (FWHM) value decreases and the achievable resolution improves. When measuring steep or very rough surfaces the effective NA decreases leading to an increased FWHM value, a reduced resolution and increased measurement uncertainty. From an analysis of the FWHM and the fully focussed image a quality map of the measurement can be obtained.

High Dynamic Range denotes digital images whose dynamic range is above the one of the camera used. This is achieved joining images with different exposure times. This technique allows the reliable measurement of objects with strongly varying reflectances.

Is the abbreviation of ITO measurement program, which is an open source measurement and automation program, that was developed by the institute for applied optics (Institut für Technische Optik) of the university of Stuttgart. You can find more information about itom in our services section.

We have to distinguish between the pixel resolution and the optical resolution. For microscopic devices the optical resolution is usually considerably coarser than the pixel resolution.
The optical resolution describes the smallest distance two structures may have to be recognised separately, e.g. two lines of a black-white line strip pattern. The achievable resolution is influenced by the wavelength, the numerical aperture and the quality of the optics used. It can be determined numerically, by simulation or experimentally. Different criteria are used for the definition of a separate recognition of two objects, e.g. the Rayleigh criteria and the Sparrow criteria. As uncorrected image defects (aberrations) and mounting and fabrication tolerances greatly influence the achievable resolution an experimental determination is recommendable, e.g. using a USAF resolution target.

Artefacts are measurement errors resulting from an unexpected behaviour of the measurement devices causing a failure of the used signal modell. Using optical surface metrology devices this usually results from the indirect nature of their measurement results, i.e. measurands are calculated out of measured values using some sort of signal evaluation. A typical artefact is the so called 'Moiré-effect'. It can be observed when measuring periodical structures whilst the measurement device is offending the Nyquist-frequency. In this case the measurement result is overimposed with a low frequency beat component, determined by the sampling frequency and the structure period.

The numerical aperture (NA) is a measure for the acceptance angle of an optical system. The acceptance angle increases with an increasing NA and therewith the theoretical achievable resolution, whilst at the same time the depth of focus decreases.

Different optical measurement principles were developed for topography measurements and surface metrology. The most common ones are: Focus variation (also including confocal systems), (laser-) triangulation (also pattern and fringe projection), time of flight and interferometry (also white light interferometry). Every principle has its specific advantages and disadvantages and therefore its favorable applications. E.g. white light interferometry is known for its high axial resolution whilst it is quite sensitive to vibrations. In contrast confocal microscopy often has a lower axial resolution but it is less senstitive to vibrations.

The working distance is the distance between the front surface of an optical lens and its object plane. Its values varies extensively for microscopic lenses. Usually lenses with a higher numerical aperture have a shorter working distance.

Most areal measuring optical surface metrology devices are capturing a distance map between object and measurement device. This equals a projection of the three-dimensional object onto the imaging plane (e.g. focal plane). The bottom side of the object and undercuts cannot be measured without using additional kinematics (e.g. rotation stages). As the lateral position of the measured points is defined by the pixels of the imaging sensor and the measured data equals a topography map with a regular grid such a measurement data is called 2.5 dimensional.